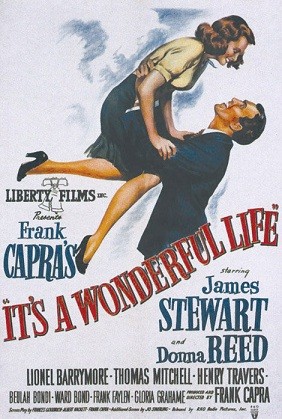 Druff: Another bad beat?! Damnit! I thought Pokerstars was frustrating, but this Merge site really does equal a joke! Aw... who am I kidding? These games just aren't that good. And I'm playing limits 10% as high as I used to during the poker boom. I'm 40 years old and spending my life grinding 10-20 and 15-30 limit hold 'em?! How did it come to this? Stupid Black Friday. It could be years, or maybe even decades, until I play good online poker games again. I guess I could get a job, but... let's be serious. I'd last about 2 days before I got into an argument and got myself fired. The situation is hopeless. I just can't take this anymore... 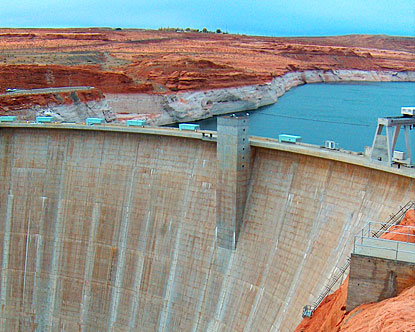 Druff: Ah, here we are... Hoover Dam! This looks like a nice place to end it all. And it's right on the border between Nevada and Arizona, so those anal-retentive freaks on Wikipedia will struggle forever with trying to list the state where I died! Yeah, this is perfect. Goodbye, world! It's been a great 40 years, but I've hit the end. I can't support my family this way, and with only the incompetent PPA in my industry's corner... well... good game, online poker! 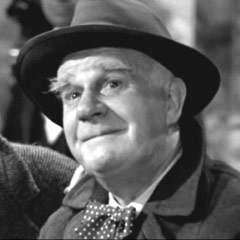 Druff: Who are you, old man? Oh, wait, I think you have a point. My life insurance policy doesn't cover suicides. Can you push me over the edge and record the video of it with my phone? No point to kill myself over not being able to support my family if I can't commit life insurance fraud on the way out.

Clarence: No, no, you don't understand! I'm your guardian angel. I'm here to prevent you from making a huge mistake!

Druff: Oh, wait, I know you! You're the guy who rescued Jimmy Stewart from a similar situation in It's a Wonderful Life! I assume you're here to show me how much different and worse this world would be if I were never born.

Clarence: That was my plan at first, yes. But then I realized that everything would pretty much be the same, except Cyndy Violette would have a bracelet in limit hold 'em.

Druff: Cyndy Violette? That's it? My presence on this earth has only amounted to preventing Cyndy Violette from winning a limit hold 'em bracelet?

Clarence: No, if you were never born, there would also be 342 incompetent minimum wage customer service employees that would still have their jobs. But that's about it.

Druff: You aren't doing a good job at talking me out of suicide.

Clarence: Sorry. Let's forget about your life, though. The thing that drove you to the edge of Hoover Dam...

Druff: So this is about my car?

Clarence: No, not your car. Stop interrupting me. I'm not Jewdonk, and this isn't your old lame radio show. The thing that drove you to suicide was Black Friday, right? Because now there's basically only one realistic choice to play online poker for US citizens, and it's the lousy Merge network with mediocre games, bad software, and cashout problems galore. Amirite?

Druff: Yeah, you're right. Black Friday messed up everything. I can't go on this way. I used to make in one day what it takes 6 months to make now -- and that's if I don't run bad. I mean, if the Department of Justice had just left things alone and not busted the major online poker sites, I definitely wouldn't be here. I'd be happily grinding at home, without a care in the world...

Clarence: You really think that?

Druff: Yeah, of course I do. Everyone in the poker world thinks that.

Clarence: So would you like to see what the world would be like if Black Friday never happened?

Druff: Sure. Can you show me my bank statements first, so I can see how much more money I would have made?

Clarence: You really have to always turn everything about you, huh? But forget your bank statements. There's many more interesting things to see...

[Both men are standing inside of a beautiful home.] 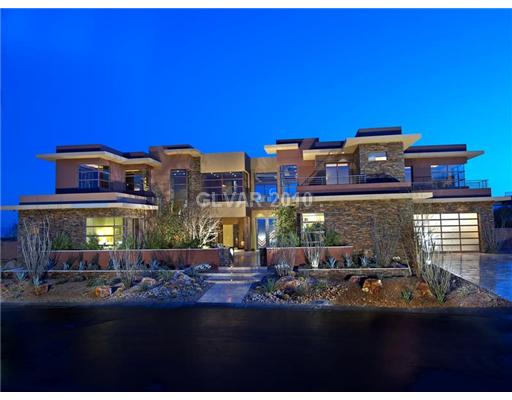 Druff: Wow! Is this where I'd be living if Black Friday never happened?!

Clarence: No, you're a limit hold 'em grinder. Get real! No, this is Howard Lederer's house. Nice, isn't it?

Druff: Yeah, I knew this looked familiar. But didn't he put this up for sale in 2011?

Clarence: He did, but with no Black Friday, he had no reason to. Howard is still raking in over a million dollars per month from Full Tilt!

Druff: Well, that's good, right? Without Black Friday, people on Full Tilt would be able to withdraw their money whenever they need it. People who counted on that site for their livelihood would still be earning money. Black Friday ruined all that!

Clarence: Did it? Full Tilt's business model was to spend all but a small percentage of player money on deposit, but keeping enough to process typical cashouts. This gave the illusion that everyone's money was safe. If Black Friday never happened, this would still be going on!

Druff: Yeah, but they operated just fine this way for 6 years. I mean, does it really matter if none of us knew this, as long as they stayed above water and continued processing the requested cashouts?

Clarence: Of course it matters. With every passing day, Full Tilt was stealing more money from the poker community. The longer this went on, the more money would have been stolen, and the greater the damage would have been once it all came crashing down. You didn't really believe that Full Tilt could continue operating this way forever, did you?

Druff: I guess not. I just wish there was a way to have stopped this without so many innocent players losing their money.

Clarence: There wasn't! That's the whole point! Full Tilt was listing everyone's money on deposit when it really no longer existed. The result was inevitable, and Black Friday was just one of many possible ways that this scam would have eventually fallen apart. Black Friday actually put a stop to it earlier, thus saving people money in the future.

Druff: Yeah, and I guess in this non-Black-Friday reality, Howard Lederer and Chris Ferguson are seen as admirable stars of the poker world, rather than the lousy thieves they actually are.

Clarence: Exactly! Now let me show you something else... 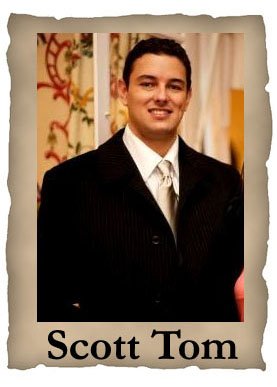 [The two are transported to an office building in Costa Rica.]

Druff: Wait, isn't that Absolute Poker cheater Scott Tom? Where are we?

Clarence: We're at the Costa Rica offices of the "new" UB. You know... the Cereus Network, which is owned by totally different people than the ones involved with all of the superuser cheating a few years ago.

Clarence: But Joe Sebok said he's confident that there are new owners. Isn't that enough for you? Sorry, sorry, just kidding. Yes, in the new reality without Black Friday, UB is still in operation, and is doing brisk business!

Druff: Oh yeah! They were doing the same crap as Full Tilt, spending people's deposits and even limiting cashouts so people with large bankrolls couldn't get their money off fast enough. And of course, they shouldn't even still be in business after all of the cheating by the ownership of both UB and AP.

Clarence: Yes, but they ARE in business! While people like you stayed away, plenty of casual players had no idea about the cheating scandals, while other grinders felt the games were too good to continue boycotting the site. So Scott Tom and friends were cheating everyone all over again, this time by just blowing the site's deposit money on... well, I'll let you use your imagination.

Druff: Yeah, this is pretty bad. But doesn't this mainly hurt the selfish grinders who were stupid enough to continue playing there after all of the scandals and cover-ups?

Clarence: No, it hurt the casual player, too. It hurt anyone with money on the site that they might want to cash out one day. Despite everything that happened, UB was still the #3 poker site in the world prior to Black Friday, and none of that was changing. In fact, they were only getting bigger with every passing day. Why do you think they signed Prahlad Friedman? They were ready to signal the poker public that it's safe to play there again, and if an anti-corporate liberal like Prahlad trusts them, everyone can.

Druff: So Black Friday essentially killed UB. People lost their money, but that was already gone, anyway. But at least it shut the network down and prevented people from continuing to get cheated there!

Clarence: Correct! Still want to kill yourself over Black Friday, or is it not looking so bad right now?

Druff: Okay, you kind of have a point, but I still have one major issue with Black Friday. If it hadn't happened, all of these shady sites like Full Tilt and UB would have eventually been shut out of the market anyway once online poker was made legal in the US. And the DOJ recently claimed that poker doesn't apply to the 1961 Wire Act, which was the original basis for all of these busts. Most people agree that legalized and regulated online poker is coming soon, so wouldn't it have been better if these shady rooms survived just a bit longer until that happened, thereby not providing such a shock to the community? Wouldn't it have been preferable to have the alternative to play legalized online poker, rather than the void we have right now?

Clarence: You're thinking pretty clearly for a man that was about to jump off of Hoover Dam just to piss off people on Wikipedia! But here, let me show you one more thing... 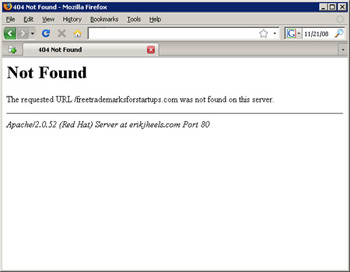 [Druff is sitting at a computer, with a page-not-found error.]

Druff: What is this?

Clarence: You're looking a news article about the change in interpretation of the 1961 Wire Act.

Druff: Wait, so if Black Friday never happened, the DOJ would have never reinterpreted that law?

Clarence: Correct. The high-profile busts were the catalyst to the DOJ reconsidering their position regarding online poker. It got them to think hard about what they were doing, and the associated consequences, as well as how they really felt about poker versus other forms of online gambling. Without Black Friday, it would have been business as usual, and the PPA would still be banging their heads against the wall with that "poker isn't gambling" garbage, getting nowhere.

Druff: So legalized online poker would likely be many years away if it weren't for Black Friday? And now, thanks to Black Friday, we're looking at a decent chance of playing online poker as early as 2013?

Clarence: That's correct. No need to jump off of multi-state dams. Just wait a relatively short time, and you should be playing in juicy, honest, legal, and well-regulated online poker games. And there won't be any more hassle with depositing or cashing out!

Druff: Wow! Here I thought Black Friday was a terrible thing that ruined online poker forever, but in reality, it was a necessary evil to clean out the criminal organizations from our industry, and clear the way for US legalization! I feel much better now! I want to go on living! It's a wonderful life!

Clarence: That's the spirit! Now just do me one favor. When you get back home, how about actually putting some work into getting a forum up on Dandruffpoker.com? All of the other forums these days are terrible, and I need something to do in between talking people out of suicide every 65 years!

Druff: Will do! Thanks a lot! You've saved my life, and you also provided material for my 12th blog, which I'll write instead of doing work on putting up that forum I promised everyone!